How long is an engagement valid?

The internet is a good source of information, but sometimes it can perpetuate rumours or fictions that have little or no bearing on reality. Topics related to engagement and marriage are no exception. A common myth is that an engagement is only valid for 1 year. But how long is an engagement valid, and how long after their engagement do most couples get married?

Validity of the engagement

An engagement is entered into with the proposal of marriage and the acceptance of that proposal; it represents an informal mutual promise. One of the most beautiful promises you can make. In Germany, the relevant legislation is the German Civil Code, which does contain certain provisions relating to engagement, but none that might stipulate an expiry date. And that’s for good reason, because an engagement is valid indefinitely, it has no expiry date. Likewise, it is not officially registered anywhere, so there is no corresponding certification or confirmation from the registry office.

There are no time limits, whether that’s 1 year, 3 years or 10 years; the engagement is valid until marriage is entered into or until one of the partners calls off the engagement or dies. Theoretically, you can be engaged for decades, and the engagement is just as valid as on the very first day.

Of course, it’s reasonable to ask what the usual period is for an engagement because no one wants to wait forever for the promise of marriage to be honoured. It doesn’t compel you to subsequent marriage, but the promise should only be offered if you are ready to take the next big step together in the foreseeable future.

How long after the engagement to get married?

How long you wait to get married after the engagement is up to you. No one should feel pressured to get married as soon as possible. Some couples can hardly wait, some need a longer engagement period. There is no right or wrong approach, every relationship has a different pace.

If you look at the statistics, a quarter of all couples get married after 9-12 months, another 20% wait a good year until the wedding bells ring. Roughly 25% are keen to get on with things and enter into marriage after just 3-9 months. Fewer than 15% of couples take 2 years or more, and only 6% get engaged without ever getting married. For the latter group, separation is usually the reason for the marriage not taking place. Even if there is no hurry, being engaged forever is understandably not a satisfying prospect for many people.

In summary, 1 year is a good average value, and this is probably where the rumour comes from that an engagement might only be valid for 1 year. This figure corresponds to the length of time most people find appropriate because it allows for organisation of the wedding, which requires a few months lead time, depending on the number of guests and desired location.

Do I have to get engaged to get married?

For most couples, engagement is an important milestone on the road to marriage, a wonderful and romantic tradition with a sparkling diamond ring that is happily celebrated. It exists for a reason and is a beautiful transition from a free-and-easy partnership to living together permanently in the state of matrimony.

The custom of getting engaged is much too beautiful to skip, but it is not a prerequisite for marriage. At least not in the sense of a separate engagement, because even if you never get engaged, you are considered engaged in the eyes of the law the moment you register the wedding at the registry office. This step, which was often referred to as the banns in the past, means you are automatically considered to be engaged, even if you never put an engagement ring on your sweetheart’s finger.

In this respect, you do not have to get engaged to register a marriage. You are effectively considered to be engaged from the moment you take this step, even without a prior formal engagement. This option is chosen by many couples who have been married before and who have decided to try marriage again with their new partner. Not the most romantic path to the state of matrimony, but nonetheless pragmatic. As compensation for the absence of an engagement ring, for example, the wedding ring could be a little more lavish, set with diamonds instead of pure precious metal. 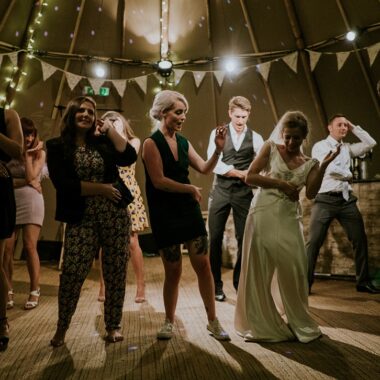 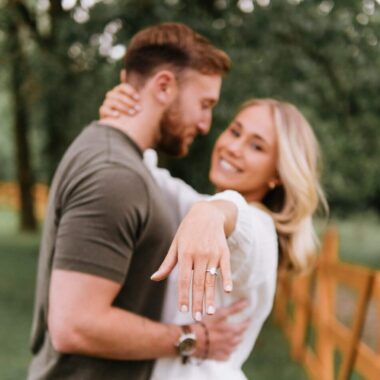