A marriage proposal with flashmob

A flashmob is probably one of the most spectacular ways to create a surprise marriage proposal. On the internet you can find many examples, with groups of seemingly unrelated people who start dancing with perfectly crafted choreography, suddenly all doing the same thing. Fascinating, but how can a flashmob be organised, how much effort is required and what needs to be considered?

The history of the flashmob

The first flashmob in the form it is known today was organised in 2003 by journalist Bill Wasik. About 130 people gathered around an expensive rug in the carpet department of a New York department store and, when asked by a sales assistant, all said they wanted to buy the rug as a “love rug” for a shared apartment. After this, about 200 people suddenly entered the lobby of a New York luxury hotel and applauded seemingly spontaneously for a few seconds.

According to Wasik, these apparently pointless and disjointed actions were intended as a social experiment that would illustrate people’s aspirations to be part of something new and unique. It attracted a lot of attention, and soon similar actions took place in many cities around the globe, including Europe. One of the biggest ever was the “World Jump Day” in 2006, when it is estimated that up to 600 million people jumped into the air at almost the same time in order to throw the earth out of its orbit, which of course did not happen. Nevertheless, this global flashmob made headlines for days.

How do I organise a flashmob?

The smartphone is indispensable to coordination, ensuring instructions can be issued at short notice to all participants, for example, by using a WhatsApp group or similar applications. Theoretically, this kind of event can be planned with a call for public assistance provided the requirements are not too complicated and no training is necessary, however it is very difficult to calculate what kind of response you will get. You don’t know if 5, 20 or 100 participants will show up. That’s why a flashmob on a smaller scale is a safer option for a marriage proposal, where you have a fixed group of participants.

Think carefully about what is achievable. Choreographed dance routines are among the most impressive flashmobs for a marriage proposal, but at the same time they are the most difficult to organise and require long-term planning. The whole group will need to practise the individual steps and movements in advance, preferably together, which almost requires a professional ensemble. A more straightforward option is for the group to sing a certain song together, or clap rhythmically, or similar. In this case, no advance training is necessary and the only challenge is motivating enough people to be at the right place at the right time.

To rule out unpredictable weather conditions, choose a location that can be used whatever the weather is doing. Inform the owner of the location about your plans in advance; sudden crowds or uncoordinated, synchronized actions can cause annoyance or be misunderstood.

Important detail: don’t forget to hire someone to capture the event on video, so you can enjoy watching your flashmob marriage proposal together again later.

What kind of person is suitable for a flashmob marriage proposal?

The flashmob proposal is ideal for people who enjoy great performances and a stage, and who want to share their happiness and the special moment with as many people as possible. This is not something for introverts, who want to enjoy their marriage proposal at home or over a romantic dinner.

Do not be discouraged: with a bit of organisational talent and sufficient lead time, planning a marriage proposal with a flashmob is easily possible. Be realistic about your expectations, a group of two dozen people makes an impressive backdrop for your engagement; it doesn’t have to be a hundred or even more. 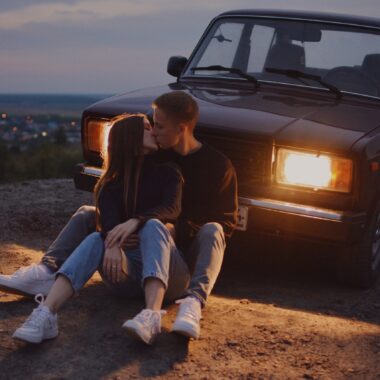 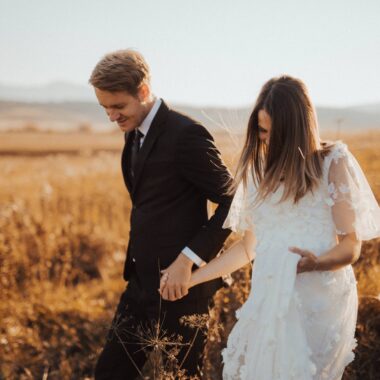