When is it allowed to get engaged?

Although an engagement is not an obligation to marry later in the legal sense and can be broken off at any time with a single sentence, it is nevertheless a weighty promise. Therefore, it is not possible at any age but, similar to a marriage, is bound to certain minimum limits.

What is the minimum age for an engagement?

In order to protect minors, an engagement in Germany is only legally permissible if both fiancés are at least 16 years old. For later marriage, the requirements are somewhat stricter; at least one partner must have reached the age of 18, i.e. be of full age. In addition, the competent family court must consent to the marriage; the consent of the couple’s parents is not sufficient.

In Austria and Switzerland, as in the rest of Europe, the regulations are similar. As a rule, an engagement is possible from the age of 16, a marriage usually requires that both future spouses have reached the age of 18 or that there is an officially approved exception that is tied to very specific circumstances.

This definition, which is very homogeneous throughout Europe, is closely linked to unrestricted legal capacity, i.e. the possibility of making declarations of intent with legal effect and without the consent of third parties. The idea behind this is: if someone makes a very weighty decision that influences their future life in a decisive way, it should be ensured that the consequences can be recognised and that the necessary mental maturity is present.

How old are couples on average when they get engaged?

Since around 1962, the average age at which couples get engaged and then marry, usually within a year, has been slowly but steadily increasing. At that time, the average engagement age was still 27 years; according to the latest data from 2020, we have now reached a full decade more, 37 years.

One of the reasons for this phenomenon is the changed image of a partnership. The times when it was considered ideal for the man to go to work while the woman looked after the children and the household at home are fortunately over. Even if there is still no real equality between men and women in management positions, the professional opportunities for women are far better today than they were in the middle or at the end of the last millennium. So it is no wonder that more and more women dare to take the first step and propose marriage themselves instead of waiting for their partner to go down on one knee.

In addition, academics in particular start their careers relatively late, often in their late 20s. The focus is then on the career for some time, because despite improved offers for childcare and more flexible working hours as well as home office, getting married and starting a family still means that in far too many professions the chances of promotion dwindle. Not least because part-time work is not accorded the same status as full-time employment.

What is the ideal engagement age?

You alone decide when the right time has come for an engagement and the subsequent marriage. In a stable and financially secure relationship, however, there is absolutely nothing to stop you from taking this step. Don’t try to find the perfect time, because it doesn’t exist. Everyone can find reasons not to get engaged if they look long enough. Therefore, if there is nothing rationally speaking against taking the next step, you should seize the opportunity. 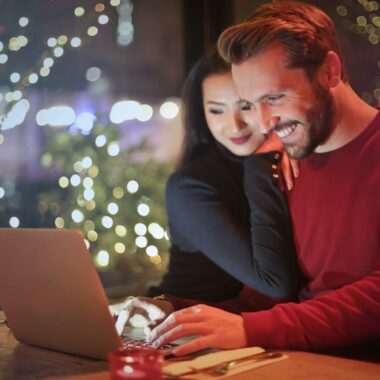