Can married couples get engaged again before a divorce is final?

Quite a few relationships and marriages fail because one of the two partners falls in love with someone else and wants to spend the rest of their life with this person. Divorce can drag on for a longer period of time with the obligatory year of separation, or even three years if one partner objects. For some people, the question arises as to whether an engagement before the official end of the marriage is possible and permissible.

What is an engagement legally?

To answer the question, it is necessary to take a look at what an engagement actually is. It is a marriage promise, but without a legal binding effect with regard to the later marriage. But even if an engagement does not oblige you to get married, it must be clarified whether you can promise it if you are still married.

Here the devil lurks in the details, because in German-speaking countries multiple marriages are forbidden by law, someone who is married to several people at the same time or only makes the attempt is liable to prosecution. An engagement is only a promise of marriage that is made informally, but in the case of married people it is against common decency according to general case law.

At the point in time at which it is stated, it cannot be fulfilled from the start, because the marriage is only dissolved with the final divorce. Therefore, it is void as if it had never been delivered. Even if you don’t intend to marry again before the marriage officially ends, because from a legal perspective, only the objective facts matter, not your personal plans.

Does that make a difference when the engagement is a non-legally binding promise anyway? In some details, such as the right to refuse to testify in court, which fiancés normally have, yes. An immoral re-engagement is not a crime like multiple marriages, no one can prosecute you for it.

What are the options?

If you wish to get engaged before the divorce is final, you can do so, knowing that the engagement is not legally recognized and, strictly speaking, does not exist. Also consider that such a step in the context of the divorce may be seen as inappropriate by your former partner, which can stand in the way of a harmonious and peaceful course of the divorce, without a war of roses and disputes in court.

Even if you’ve fallen head over heels in love and think this relationship is for eternity, waiting can be a good alternative. The time between separation and legal divorce is long, but a “real” engagement that is officially significant is a whole lot more romantic than an engagement that is clear from the start isn’t really an engagement. In addition, you have time to get to know your new love better, even after the initial period of infatuation.

Do you still want to confess your deep love to your new partner in advance and express these feelings with a gift? Go on, with a nice jewellery gift you can perfectly show your affection, even without an engagement.

When is the divorce legal?

The divorce will be completed before the Family Court by a judge, through a Divorce Order. A mostly unspectacular appointment that lasts only a few minutes. If both former spouses accept the resolution, it comes into effect with immediate effect. Otherwise, both parties have 30 days to appeal the decision.

With a legal divorce decree in your pocket, you can easily get engaged, officially and effectively. A relaxed, forward-looking engagement without the stress and challenges that an ongoing divorce can bring at the end. 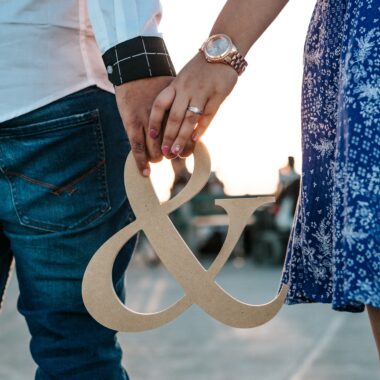