It’s rare these days that a proposal comes completely out of the blue – most couples will have discussed long-term plans and whether marriage is going to play a part in this. But even if you know a wedding will be taking place in the not-too-distant future, there can definitely be a certain impatience as you wait for a proposal!

So if you’re sitting here and wondering how to know if and when he’ll ever propose and what the signs are that he’s going to propose, here are some clues that might give you some insight…

Ever since the 1970s, the age at which couples are getting engaged is getting later. In the UK, latest figures show the average age for heterosexual couples to marry is 38 for men and 35.7 for women. For same-sex couples it’s even older – 40.1 years for men and 36.6 years for women. Over in the US it’s 31 for women and 33 for men.

But while engagements may be getting later, many more couples live together before and it’s therefore highly likely that you’ll have already had The Discussion and know if he’ll ever propose.

“I was pretty sure my boyfriend was going to propose to me once I realised our planned trip to Wales had been changed to a surprise weekend in Barcelona!” says Helen Webster. “The signs were there – we’d been talking about marriage for a while, and had been to a lot of his friends’ weddings. So when I was whisked away to a luxury hotel in a romantic city I thought this was probably it!”

And Helen was right – her now-husband Steven asked her to marry him while they were enjoying a dip in the infinity pool on the roof of their hotel. “Without my noticing, he dropped the ring into the pool, dived in and then emerged holding the ring, and asked me the question,” reveals Helen. “Although he was so waterlogged that I didn’t quite understand him at first so he had to ask me twice!”

Proposal signs to look out for

So if you’re both in agreement that marriage is the next step, here are some signs that will give you some clues as to when he will propose.

Take matters into your own hands

But what if there are no signs of a proposal on the horizon? And you don’t know when to stop waiting for a proposal?

Well, first of all, if you don’t see any of the signs, it doesn’t necessarily mean your significant other isn’t planning a proposal. They could be an amazing bluffer, and just very good at concealing the signs of their preparation!

And secondly, if you’re tired of waiting for him to propose, but know you want to get married, then why not pop the question yourself? That way you can be totally in control – no more waiting around and wondering! Plus, you may just give your partner an amazing surprise that they’d never dreamed of… 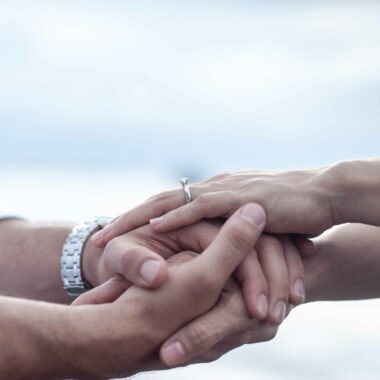