Pitch perfect: how to create a spectacular sports proposal

Sports are a huge part of many people’s lives, so what better way to pop the question if your partner is a big sports fan? From proposals during the game to creating a dream sports-themed proposal, there are so many ways to combine baseball, basketball or your partner’s favorite live sport with your marriage proposal.

Proposing during a live sports game

Proposing at a stadium or court during a sports game has long been a popular option – after all, the combination of a favorite team winning, a massive crowd and a fantastic atmosphere gives a wonderful backdrop to such a dramatic question!

The absolutely crucial thing to consider when planning a sports proposal during a game is how sure you are of a yes to your question. It’s a very public forum with thousands of people watching, and the potential for even more to see if someone in the crowd films your proposal and it goes viral.

You also need to be sure that your partner would appreciate such a public proposal. Proposing in front of thousands of people is not for everyone, particularly those who don’t like being the center of attention. Make very certain that your sports proposal is something that will be a treasured memory for both of you.

The third and final thing to consider is whether a sports proposal is something your partner wants, or whether it’s your dream. If it’s the former – so your partner is a huge sports fan, and has commented that they think sports proposals are amazing, then start contacting your local stadium. But if it’s just the way you’d like to be proposed to, it might be worth going back to the drawing board.

If the answer to all three questions is a yes, it’s time to start planning your live sports proposal!

When it comes to proposals during live sport, baseball proposals are one of the most popular ones, and the good news is that most professional teams are happy to bring your dream to life. There is a fee, which varies from team to team and depends on details such as whether your message goes on the scoreboard or the video board, but these tend to go to charity, which is a nice touch.

Similar to a baseball proposal, if you want to propose during a basketball game, football or soccer match or tennis match then you’ll need to contact the venue’s public relations team to see if it’s possible. If it is, you can then work with them to coordinate logistics – they’ll likely have tons of advice on the best time to do it, and the different ways to display your message.

It’s best to ensure you have an aisle seat for any live sports proposal, so you have space to turn around and face your partner as you go down on one knee. You’ll also need to have lots of courage, as your audience is going to be huge! But the good news? When you get your yes, you’ll have made thousands of people go all gooey inside and put a real smile on their faces.

Proposing in a stadium or on the pitch

There’s also the option to hire a stadium when it’s not in use in a game, although this will come with a heftier price tag. Kanye West picked this approach for his proposal to Kim Kardashian, which ended up costing over $3 million after he’d factored in the stadium hire, live orchestra and three engagement rings!

While you might not have that much cash to spare, proposing in a stadium or on a pitch could definitely be very cool, especially if a certain sport is important to both of you. For a more affordable option you could hire a community or local sports pitch, rather than a professional team’s space. And cutting out the live orchestra and the multiple rings will definitely bring the costs down!

Other types of sports proposals

Of course, you can plan a sports proposal in a more low-key way, incorporating themes and props into your planning rather than actually proposing during a live game or in a stadium. The obvious one is at home during a match (hopefully the one you pick will be one your team wins!), which is ideal if you both love sports but your partner wouldn’t be a fan of a public or grand proposal. To make an at-home proposal more special, why not have a special shirt made in your partner’s team colors, and put their ‘new’ surname on the back and have the number as the number of years you’ve been together, or the proposal date.

And for those of you whose partner loves playing sport themselves, incorporate this into a proposal. For sports such as soccer, golf or tennis, personalize a ball with the question ‘will you marry me?’ and then just throw it into play during their game – we love this soccer ball from Zazzle and these golf balls from Cafe Press. After the endorphin rush from taking part in one of their favorite activities, your proposal is guaranteed to be met with a yes! 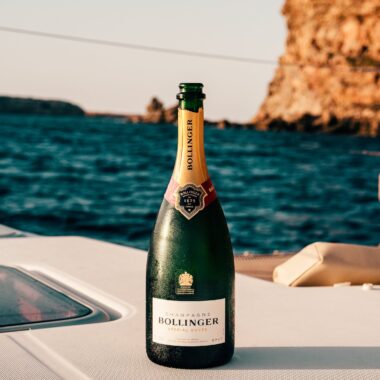 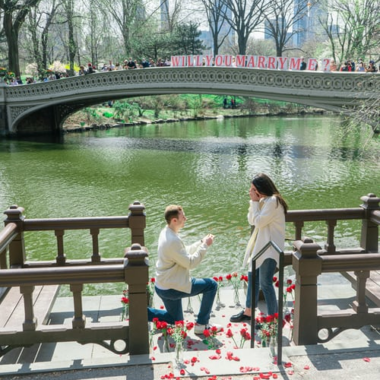 Helen Dorritt
Back to top