How to propose without a ring

Engagement rings are believed to have been synonymous with proposals since Roman times, so it’s no surprise you might be questioning, in this day and age – do you need a ring to propose?

Not only have traditions always been ever-changing, but the recent pandemic has particularly had couples re-evaluating the meaning, nature and importance of many aspects of weddings. With a boom in micro-ceremonies, live streaming and even table games to make up for a lack of entertainment permitted, couples are increasingly weighing up what’s really important to them. Not to mention it’s brought attention to the one thing the wedding industry has in abundance, and that’s creativity!

With this in mind, we’ve rounded up some of the most creative proposal ideas without a ring. So, if you would like to start a new tradition, or perhaps together you’ve made the decision to spend the money saved on something else, why not consider the following?

Proposal ideas without a ring

Consider what’s personal to you

There is something incredibly romantic about planning a proposal that speaks to your uniqueness as a couple. Whether it’s a heartfelt note or a handwritten poem, a written proposal that centres around your own love story is a sure-fire way to show your other half just how much they mean to you. Not to mention a written proposal can be framed for friends and family to see. You could even make reference to your first date. If you met at a zoo, for example, you might want to adopt a cute animal that you go and visit on your anniversary.

For an idea that’s a little quirkier still, you could have a bespoke song written. If you have musical talents you could perform it yourself, rope in a local musician or even reach out to their favourite singer to see if they could make a video message or even perform at a meaningful place of your choice. Alternatively, why not arrange for your loved one to be serenaded in a romantic location?

If your other half doesn’t typically wear rings (which might be the case if they’re male), you can always branch out and propose with other types of jewelry. While rings have always been the tradition, there’s nothing to say you can’t express your commitment with a necklace, bracelet, or even a classic timepiece. It could be that your partner or your own family has a specific heirloom that is important to them, in which case you may wish to honour that.

Call on the help of others

With an engagement often symbolising the joining of two families together, don’t be afraid to enlist the help of those closest to you. Your family could get involved by organising a proposal treasure hunt, holding up signs (kids and pets are particularly great for this!) or practicing a dance routine. Alternatively, if your partner has a favourite football player, actor or celebrity they admire, you could reach out to their management team to see how they might be able to get involved. It would be sure to add that element of surprise!

When it comes to proposing without a ring, there really is no limit to how creative you can be. If you live on the coast or are wondering how to propose without a ring on holiday, one idea is to write ‘will you marry me’ in the sand. Closer to home, you could arrange a romantic garden set up, complete with fairy lights, their favourite meal and your message spelled out in candles. For a love that’s out of this world, why not name a star after your fiancé-to-be?

A final option is to hire the help of a professional proposal expert. Having helped organise the most amazing and Instagram-worthy proposals, a proposal planner will have plenty of ideas of how to propose without a ring while still making it unforgettable. From co-ordinating with hotel rooftops to blowing up balloons and setting up the scene, they can save you lots of time and stress at an understandably nerve-wracking time.

Speaking of nerves, another question frequently asked by those thinking of proposing is – will she say no if you don’t have a ring? In this case, it is hoped at this stage of your relationship you know your partner enough as to whether asking with a physical ring will influence her answer in the moment. You may be reassured that if she does initially say no, or doesn’t seem most thrilled, you could always make the promise of gifting an engagement ring later down the line.

And if you change your mind on proposing without a ring?

On the other hand, if you do end up deciding you would like to propose with an engagement ring, or you propose with the intention of saving for one at a later date, it’s never too early to start your research. For instance, if you’re wondering where and how to start the process, it’s wise to start keeping an eye on the type of jewellery your loved one likes.

Do they tend to wear silver, or gold tone jewellery? Do they have a preference for sparkles, or coloured gemstones? If they don’t typically wear jewellery, take a closer look at their accessories. What type of metal do their belts have, or the chains on their handbags? These are just some of the clues to help if you conclude that after all, proposing without a ring isn’t for you.

Ultimately to answer the question can you propose without a ring? The answer is a resounding yes. How important an engagement ring is to your proposal very much depends on your relationship and your priorities as a couple. 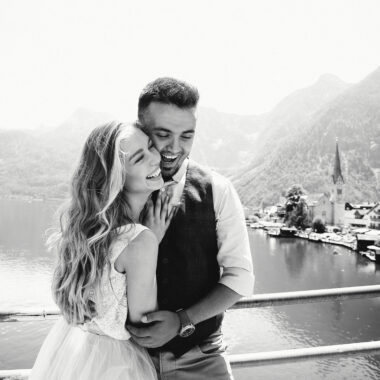 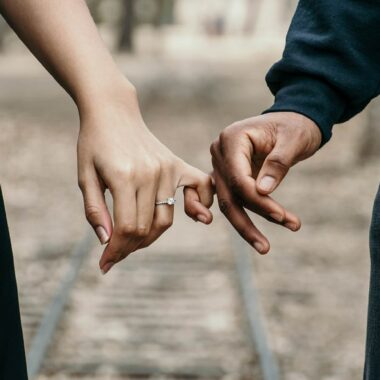 Alexander
Back to top